MCQ (Single Correct Answer)
A thin horizontal circular disc is rotating about a vertical axis passing through its center. An insect is at rest at a point near the rim of the disc. The insect now moves along a diameter of the disc to reach its other end. During the journey of the insect, the angular speed of the disc.
A
continuously decreases
B
continuously increases
C
first increases and then decreases
D
remains unchanged

So angular momentum is conserved.

$$\therefore$$ Angular speed is inversely proportional to Moment of inertia.

$$\therefore$$ Moment of Inertia is proportional to Mass. 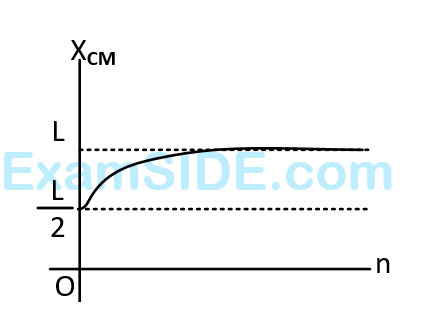 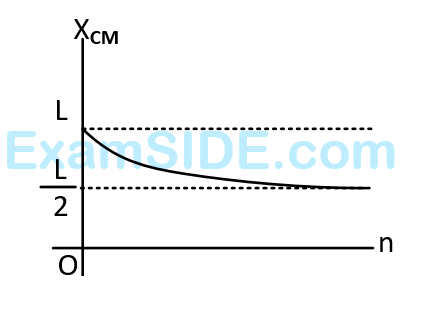 From here you can see only option (A) can be the right answer.
4

Moment of inertia for the square plate through O, perpendicular to the plate is

According to parallel axis theorem