A long insulated copper wire is closely wound as a spiral of N turns. The spiral has inner radius a and outer radius b. The spiral lies in the xy-plane and a steady current I flows through the wire. The z-component of the magnetic field at the centre of the spiral is 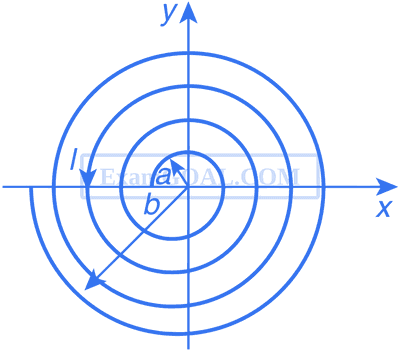 Magnetic field at the centre of a circular loop of radius r and carrying a current $$I = {{{\mu _0}I} \over {2r}}$$. The direction of the field is along z-direction if the current is anticlockwise.

Consider a small element of width dr. The current through the element is 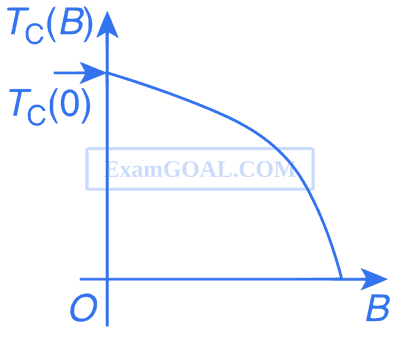 A superconductor has Tc(0) = 100 K. When a magnetic field of 7.5 T is applied, its Tc decreases to 75 K. For this material, one can definitely say that when

In the graph below, the resistance R of a superconductor is shown as a friction of its temperature T for two different magnetic fields B1 (solid line) and B2 (dashed line). If B2 is larger than B1 which of the following graphs shows the correct variation of R with T in these fields? 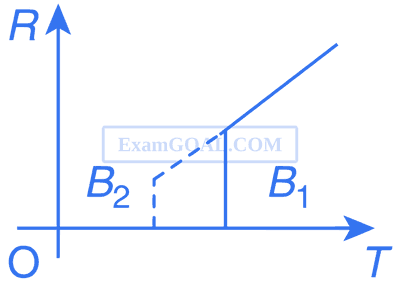 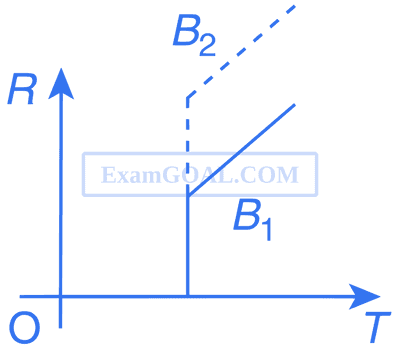 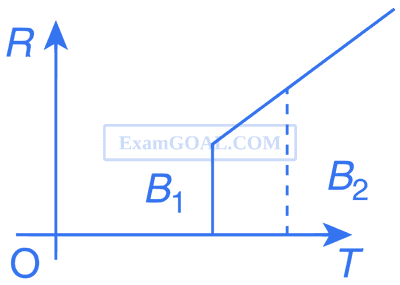 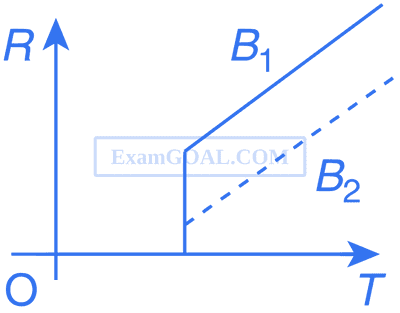 From the given figure, Tc(B) is a monotonically decreasing function of B. Thus, B2 > B1 implies Tc(B2) < Tc(B1). Hence resistance with B2 will become zero at lower temperature in comparison to B1.

A thin flexible wire of length L is connected to two adjacent fixed points and carries a current I in the clockwise direction, as shown in the figure. When the system is put in a uniform magnetic field of strength B going into the plane of the paper, the wire takes the shape of a circle. The tension in the wire is

Consider an small element AB of length dl of the circle of radius R subtending an angle $$\theta$$ at the centre O.

If T is the tension in the wire, then force towards the centre will be equal to $$2T\sin \left( {{\theta \over 2}} \right)$$ which is balanced by outward magnetic force on the current carrying element $$( = IdlB)$$